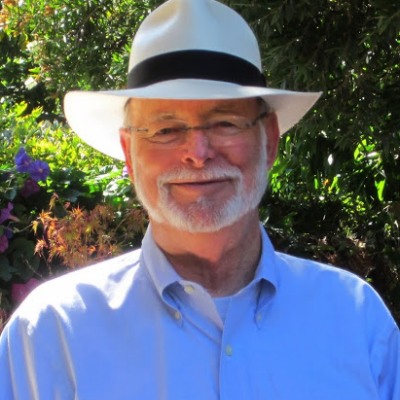 Bacteriophage T4 packages DNA by a “headful” mechanism: size of the capsid determine the amount of DNA. Mutations in the major capsid protein gene alter the head size and the amount of DNA packaged. Recent developments in the electrophoretic methods of DNA separation have made possible accurate length measurements of large, intact viral molecules. We have applied the method of rotating field gel electrophoresis to the DNA contained within normal T4 and capsid size variants produced by gene 23 mutations, and have found that there is a strong preference for certain DNA lengths that can be explained by the theory of icosahedral surface lattice geometry developed by Caspar and Klug, as modified for bacteriophage T4 by Moody and Aebi. This result suggests that head length is determined by a “vernier” mechanism that is a critical component of the DNA packaging system.

Following undergraduate and graduate work in virology and biological structure at UCLA, I did
postdoctoral work on the structure and development of bacterial viruses at the Biophysics
Laboratory, University of Geneva, Switzerland. In Geneva, we showed that the DNA of
bacteriophage T4 was packaged into pre-formed capsids. I joined the UCLA faculty in 1965,
reaching Professor in 1974. With David Eisenberg, we established a biological structure group in
the Molecular Biology Institute under the direction of Paul D. Boyer in 1976. By combining
electron microscopy with X-ray diffraction, our groups were able to solve a number of interesting
structures.

I had research periods in Basel at the Institute for Immunology (where we worked on
mechanisms of virus capsid size and shape) and Stockholm at the Karolinska Institute’s Genetics
Department, with Joe Bertani. At UCLA, I had a wonderful group of students and technical staff,
and we were able to show how the size of the tail structure of bacteriophage T4 was regulated,
as well as many other aspects of T4 structure and assembly regulation mechanisms.

I became Graduate Advisor and, later, Chair of Microbiology 1981-1987, and was dean of Life
Sciences and senior associate dean in the medical school through 2003. As dean, with Gerald
Levey and Sherie Morrison, we helped create the merger of the College and Medical School
microbiology departments. I also established an undergraduate life sciences core curriculum for
all life science majors, and was Program Director for several Howard Hughes Medical Institute
Grants for Undergraduate Science Education, leading to our current Center for Education
Innovation and Learning in the Sciences.

My current interest is in imaging, primarily astrophotography and wildlife photography , and I
am planning an imaging website (fredeiserling.net).