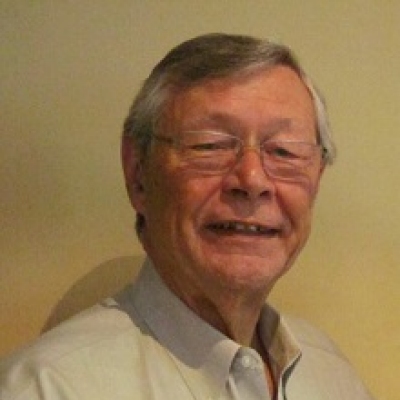 Biography
The mitochondrial DNA of trypanosomes The mitochondrial DNA of trypanosomes is a novel form of DNA consisting of thousands of circular DNA molecules catenated into a single enormous network termed kinetoplast DNA (kDNA). How is this network replicated and how is its replication coordinated with nuclear DNA replication during the cell cycle? What are the components of the kDNA replication machinery? What are the molecular mechanisms regulating the periodic expression of both nuclear and kinetoplast DNA replication genes? How is kDNA condensed and organized into a compact disc within the kinetoplast? These questions are being addressed in the trypanosomatid Crithidia fasciculata using molecular genetic, biochemical and immunological methods. Replication of the kDNA of Crithidia occurs in approximate synchrony with that of nuclear DNA and both nuclear and kinetoplast DNA replication genes are expressed periodically during the cell cycle. Replication proteins and their corresponding genes under investigation include the mitochondrial proteins DNA topoisomerase II, DNA ligase, structure-specific endonuclease and ribonuclease H. We are investigating the expression of these genes in synchronous cultures and identifying sequence elements required for periodic accumulation of the mRNAs. The identification of additional kDNA replication proteins and the determination of their roles in replication and their possible association with multi-protein replication complexes is also underway. Finally, we are also identifying and characterizing a group of histone-like proteins associated with the kDNA and which may play a role in the structural organization of the DNA.