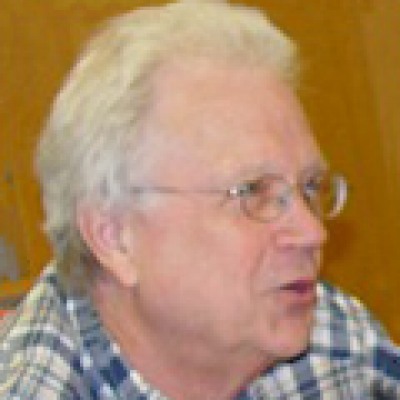 He was postdoctoral fellow of the National Science Foundation at Harvard Medical School from 1964-66, then returned to the University of Chicago as assistant professor of biochemistry and was promoted to associate professor in 1970.

Fox joined the UCLA faculty in 1971 as an associate professor of molecular biology in bacteriology and was promoted to professor in 1972. He was the recipient of a Research Career Development Award from USPHS (1971-76) and of the 1973 American Chemical Society Award in Biochemistry (Eli Lilly Award). His major research activities have been directed at cell membrane issues.

Fox created the Journal of Cellular Biochemistry in 1972 and continues to serve as Executive Editor. In 1972, he organized and presented at Squaw Valley, California, the first meeting to be held on the subject of membrane molecular biology.

From that meeting he developed the UCLA Symposia on Molecular and Cellular Biology. He directed these conferences through the early 1990’s as they developed into a 40-meeting series that serves over 10,000 scientists annually. He retired as Director shortly after these meetings became Keystone Symposia in 1991.

In 1996, he co-founded the Lake Tahoe Center, an education foundation dedicated to studies in molecular diversity, and served as President of this not-for-profit 501(c)(3) organization through December 2004.

Fox organized the Scientific Advisory Board for Viratek, Inc., and served as its Chair from 1980-85. He was a co-founder and president (1980-82) of INGENE, a biotechnology company that was traded on NASDAQ, and subsequently on INGENE’s scientific advisory board through its merger with the XOMA Corporation.

Fox is the director of the Alfred P. Sloan Foundation’s UCLA Professional Masters Program in Computational Biology and Bioinformatics and is the principal investigator of two Ph.D. training programs at UCLA: