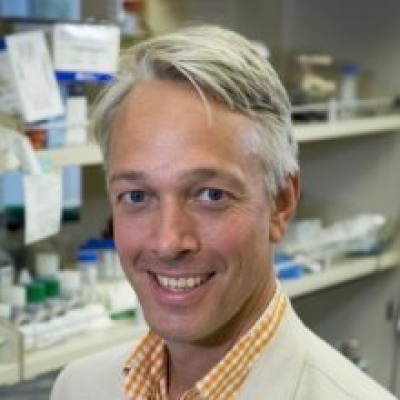 Research Interests
Alex’s interests began to focus on biology when undergraduate research on topoisomerases provided the thrill of discovery while studying for a Physics BA at Cambridge. During his graduate research with Dr. Bob Roeder at Rockefeller University, he cloned genes for TBP and some components of the TFIID complex, and developed the now popular His-tag to purify and characterize recombinant proteins. During his postdoctoral training with Dr. David Baltimore at MIT and Caltech, he first focused on HIV and then aimed to understand the dynamic control of the NFκB signaling network and its ability to produce distinct gene expression programs. Reactivating undergraduate math and physics skills, and with the help of really smart students and postdocs, Alex has pursued a Systems Biology approach (iterating between quantitative experimentation and computational modeling) in order to understand how molecular networks generate precise immune responses to pathogens and control development of the immune system.  A recurring theme of our research is that it is the kinetic properties of these regulatory networks that provide the explanations for understanding specificity, robustness, diversification, fine-tuning, and other characteristics of biological processes.

Alex is PI of the Signaling Systems Laboratory, first at UCSD (2003-2013) and then at UCLA (since 2014).  At UCSD he was Professor of Chemistry and Biochemistry, and Director of the Graduate Program in Bioinformatics and Systems Biology, was PI of the P50 Center of Excellence for Systems Biology (SDCSB) and co-founded the BioCircuits Institute (BCI).  At UCLA he is the Asher Professor of Microbiology in the Department of Microbiology, Immunology and Molecular Genetics (MIMG), and the director of the Institute for Quantitative and Computational Biosciences (QCBio).